Most expected videogames for 2019

Videogames have no way of letting up in terms of popularity. More and more people are becoming hardcore gamers. There are young and old people, men and women that begin gaming. And games are continually getting improved on in terms of scope, depth, and production values. To that end, here are some of the most expected videogames for 2019. 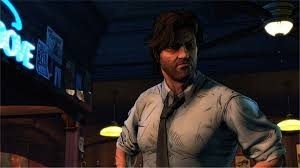 This is not the second game in the Resident Evil series. Despite the somewhat confusing name of the game – we believe that this will be an outstanding game. The fans of the game have been clamoring to get back to the zombie-infested Raccoon City ever since the last game came out. Well, this year they will have the opportunity to do so with Resident Evil 2. The controls have been revamped and the camera is heavily improved upon. The enemies will be a lot tougher to blast through. And there’s always the thing that Resident Evil fans are after – the thrill of agony. You will be very scared while playing this game, we can tell you that.

The lovers of the city-simulator genre will be rejoiced to learn that Tropico 6 comes out in 2019. This is a game that you will definitely love. It adds another dimension to the entire playfield. Your goal here is not to make everyone happy. It’s not even to make your country as powerful as possible. As El Presidente, your goal will be to hold power for as long as possible. And you can do this in any way you want to. The first element of this game is comedic. There are a lot of things that you can laugh at. You can steal popular landmarks of other countries and make them as if they’re your own. But what really astounds us about this game is its depth. Every citizen of the country is an individual with his or her own wants and needs. And this adds incredible depth to the game. It will be a lot of fun to play it.

The original Spelunky was a really simple game. But it still managed to turn into an instant classic. Its greatest feature was the random levels. Every time you played one of the levels – there was an element of novelty and excitement. And it was never a dull thing to do to replay the first levels as they were always original. Now, we will have the sequel to this great indie game. This time, it will be a lot deeper than the predecessor. There will be a lot of new options that will make things fun. The core game will keep its iconic 2D world. But there will be a third dimension that you could explore, too. We have lost countless hours while playing the first game – it was very addictive and fun – and very difficult, at that. The second game will likely be more of the same – but on a completely new level that will keep things even more fun than ever before.

These are some of the best games that we expect for 2019. But this is just a tip of the iceberg – there are many other most expected games for 2019. It will be a good year for gaming – this much is clear. You can also bet on 1xBet India.